Pianist and composer, began in professional career in 1980 as entertainer.

Since the early 90.s he devoted himself to composition, directing his activitied toward the world of sound dubbing. Creator and host of radio and television programs, SIAE (Society Italian Authors and Publishers) registrered author/composer by music, since 1989 and literary author, since 2015. Has been included in the International Music Guide “ The Magnificient 7 of notes (1999/2000 ed.) In 2005 he archivied a Master in Copyright, while in 2006 he is nominated, and currently is, Territorial Delegate for UNCLA ( Italian National Union for Music Composes and Authors). In 2009 e’s awarded with the “Careàs” prize by European Cultural Association Decima Musa, for the creativity expressed towards romantic music. 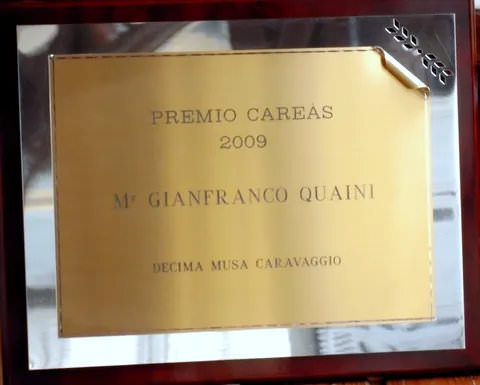 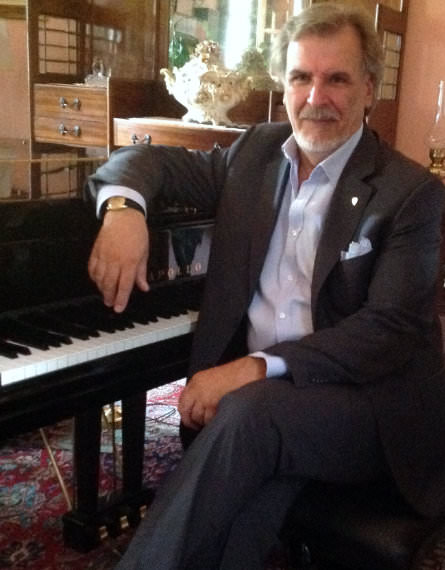 And on this occasion, was presented ( live version) the last musical composition “Gentle love” written by master Gianfranco Quaini.

In 2009 he’s awarded with the “ Careàs” prize by European Cultural Association Decima Musa, for the creativity expressed towards romantic music.
0
Albums
0
Countries
0
Book
+ 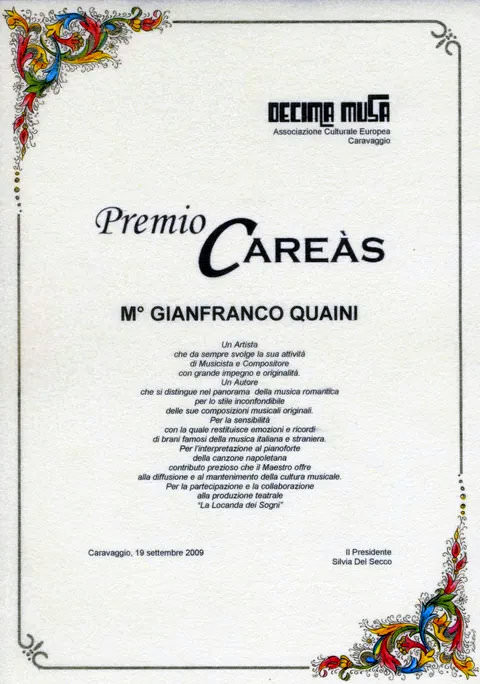 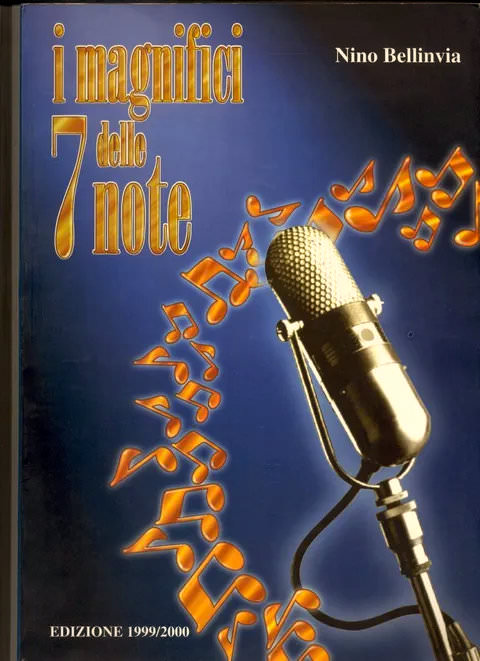 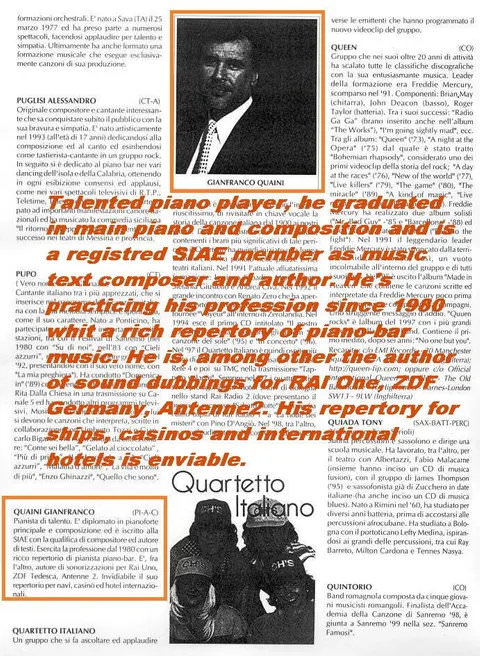 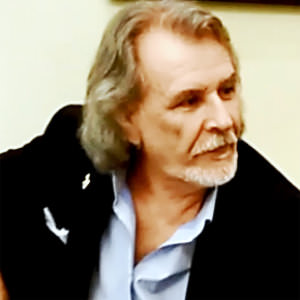 “...emotions, born from the heart...live through the fingers...”